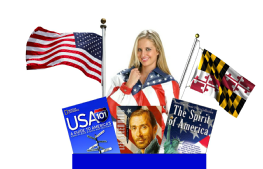 It is no big surprise to us that Theme Parks are a major attraction to visitors of the United States of America.  From the classic rides and entertainment found with Mickey at Walt Disney World to the international flavor of EPCOT Center.  Universal Studios in Florida and California and MGM are also hot tickets for tourists and visitors to the United States as well.  Visit our Top 10 Attractions Page HERE for more information, contact details and pricing.  ENJOY! 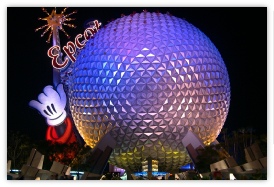 Top Attractions for Visitors to America and must see Places to Visit!

The Statue of Liberty is a huge neoclassical sculpture on Liberty Island in the middle of New York Harbor, in Manhattan, New York City. The statue was a gift to the United States from the people of France. The statue is of a robed female figure representing Libertas, the Roman goddess of freedom, who bears a torch and a tablet upon which is inscribed the date of the American Declaration of Independence, July 4, 1776. A broken chain lies at her feet. The statue is an icon of freedom and of the United States: a welcoming signal to immigrants arriving from abroad..  Lady Liberty is a must see - must visit for all. 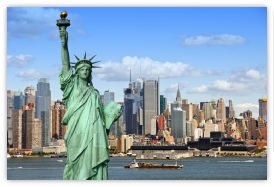 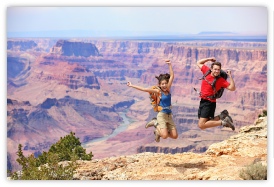 Yellowstone National Park is a united states national park located primarily in the state of Wyoming, although it also extends into Montana and Idaho. It was established by the U.S. Congress and signed into law by President Ulysses S. Grant on March 1, 1872. Yellowstone has been accepted as first national park in the world, because of its wildlife and its many geological and geothermal features, especially the Old Faithful Geyser, one of the most popular features in the park. Get ready for grizzly bears and eagles. Geysers and mud pots.  Yellowstone truly is America’s First Playground - a natural delight. 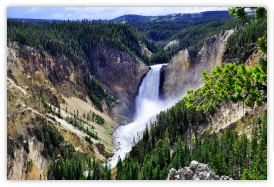 Established in 1934, Great Smoky Mountains National Park is comprised of ridge upon ridge of endless forest straddling the bord-er between North Carolina and Tennessee. World renowned for the diversity of its plant and animal life, the beauty of its ancient mountains, and the quality of its remnants of Southern Appalachian mountain culture, this is America's most visited national park. With over 800 miles of maintained trails, nearly 80 historic buildings, spectacular displays of wildflowers and a wide variety of animals including approximately 1,500 bears, Great Smoky Mountains National Park offers a myriad of activities to enjoy. 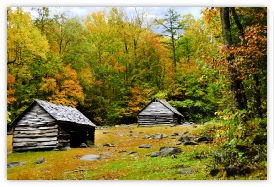 Receiving approximately 24 million visitors each year, the National Mall is an open-area national park in downtown Washington, D.C., the capital of the United States. The term National Mall commonly includes areas that are officially part of West Potomac Park and Constitution Gardens to the west, and often is taken to refer to the entire area between the Lincoln Memorial and the United States Capitol, with the Washington Monument providing a division slightly west of the center.  The Smithsonian Institution has provided many museums free of charge to visitors including Museum of Natural History, the Air and Space Museum,  Museum of American History, National Museum of the American Indian, Museum of African Art and much more. 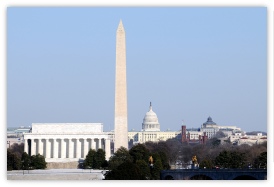 The Freedom Trail is a red brick path through downtown Boston, Massachusetts, that leads to 17 significant historic sites. It is a 2.5-mile walk from Boston Common to USS Constitution in Charlestown. Simple ground markers explaining events, graveyards, notable churches and other buildings, and a historic naval frigate are stops along the way. Most sites are free; Old South Meeting House, Old State House, and Paul Revere House have small admission fees; still others suggest donations. The Freedom Trail is a unit of Boston National Historical Park and is overseen by The Freedom Trail Foundation. 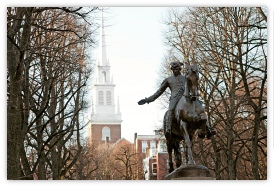 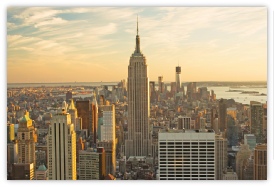 The Golden Gate bridge is quite a sight to behold - along with being magnificent engineering. Gaze toward this luminous orange suspension bridge from the hills to the north just after sunset when bay and sky turn indigo and the skyline beyond glows like alabaster—then you’ll understand its popularity with bikers, joyriders, pedestrians, and, yes, drivers. The span celebrated its 75th anniversary in May 2012 and launched guided tours and an expanded visitors’ center with a green-screen photo op that makes it look as if you’re climbing the bridge’s lofty cables.  No trip to California is complete without a stop or drive over this bridge. 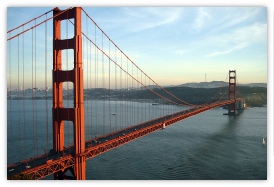 Niagara Falls is made up of three mammoth waterfalls -  the three waterfalls are the Horseshoe Falls, the American Falls and the Bridal Veil Falls. The Horseshoe Falls lie on the Canadian side and the American Falls on the American side, separated by Goat Island.  As America’s Oldest State Park, Niagara Falls have been an attraction over the years for honeymooners and for such stunts as walking over the falls on a tightrope or going over them in a barrel. Increasingly, however, the appeal of the site has become its beauty and uniqueness as a physical phenomenon.  This is a destination you will long remember. 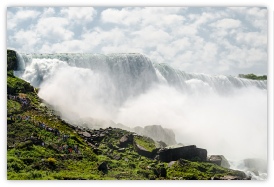 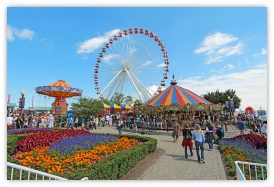 This Lake Michigan pier-turned-promenade is in perpetual motion thanks to the 150-foot-high Ferris wheel, the old-fashioned Wave Swinger ride, and the merry-go-round with historically accurate carousel animals. Some visitors choose to rent skates, bikes, or four-seater quadcycles to tour the Pier’s 50 acres. For the less energetic, there are Segway tours and the Transporter FX for simulated “high-speed” forays to Africa, Antarctica, or the moon.  With nearly 9 million visitors each year - you can find plenty of good reasons to visit the Navy Pier in Chicago.